The aftermath of the First World War saw the biggest single wave of public commemoration ever with tens of thousands of memorials erected across England. This was the result of both the huge impact on communities of the loss of three quarters of a million British lives, and also the official policy of not repatriating the dead which meant that the memorials provided the main focus of the grief felt at this great loss. One such memorial was raised at Akeley, as a permanent testament to the sacrifice made by the members of the local community who lost their lives in the First World War.

The occasion was reported in the Buckingham Advertiser on 29th January 1921:
“Nine men belonging to Akeley gave their lives in the Great War, and to their cherished memory a memorial has been erected in the Churchyard, on the raised ground, adjoining the main street in the village. The unveiling and dedication ceremony was witnessed a large assembly of persons on Sunday afternoon. The first portion the special service was held in the Parish Church, and retiring to the Memorial, the latter was unveiled Capt. R. K. Price, who delivered short address, as did also the Bishop of Buckingham, after reading the dedication prayers. It was altogether a most touching scene, heightened at its close by the clarion of the “Last Post” and “Reveille.”
Weathering eventually rendered the names and the other wording carved on the memorial virtually illegible and a small group was asked by the Parish Council to arrange for the restoration. John Hockley did a great deal of work obtaining permissions and dealing with the Diocese, Elaine Rowlands did a superb job of fund raising and Angie Hawker and John Tibbetts researched and visited all the graves of the fallen in France and Flanders. The work consisted of attaching granite stones to the four faces of the plinth carved with reproductions of the original inscriptions. The work was carried out by H W Masons and Sons of Newport Pagnell and the restored Memorial was rededicated on October 18th 2008.
The Akeley War Memorial was designate as a Grade II Listed Building by Historic England on 5th April 2017. The reason for its designation is given as follows:
* Historic interest: as an eloquent witness to the tragic impact of world events on this local community, and the sacrifice it has made in the conflicts of the C20;
* Architectural interest: this is a good quality wheel-headed cross memorial.
It is described as follows:
* A stone wheel cross, on a slim shaft rising from a moulded plinth surmounting a chamfered base. Granite tablets were placed over the original inscriptions on the plinth in 2008 replicating the original. The lettering is incised and in black. 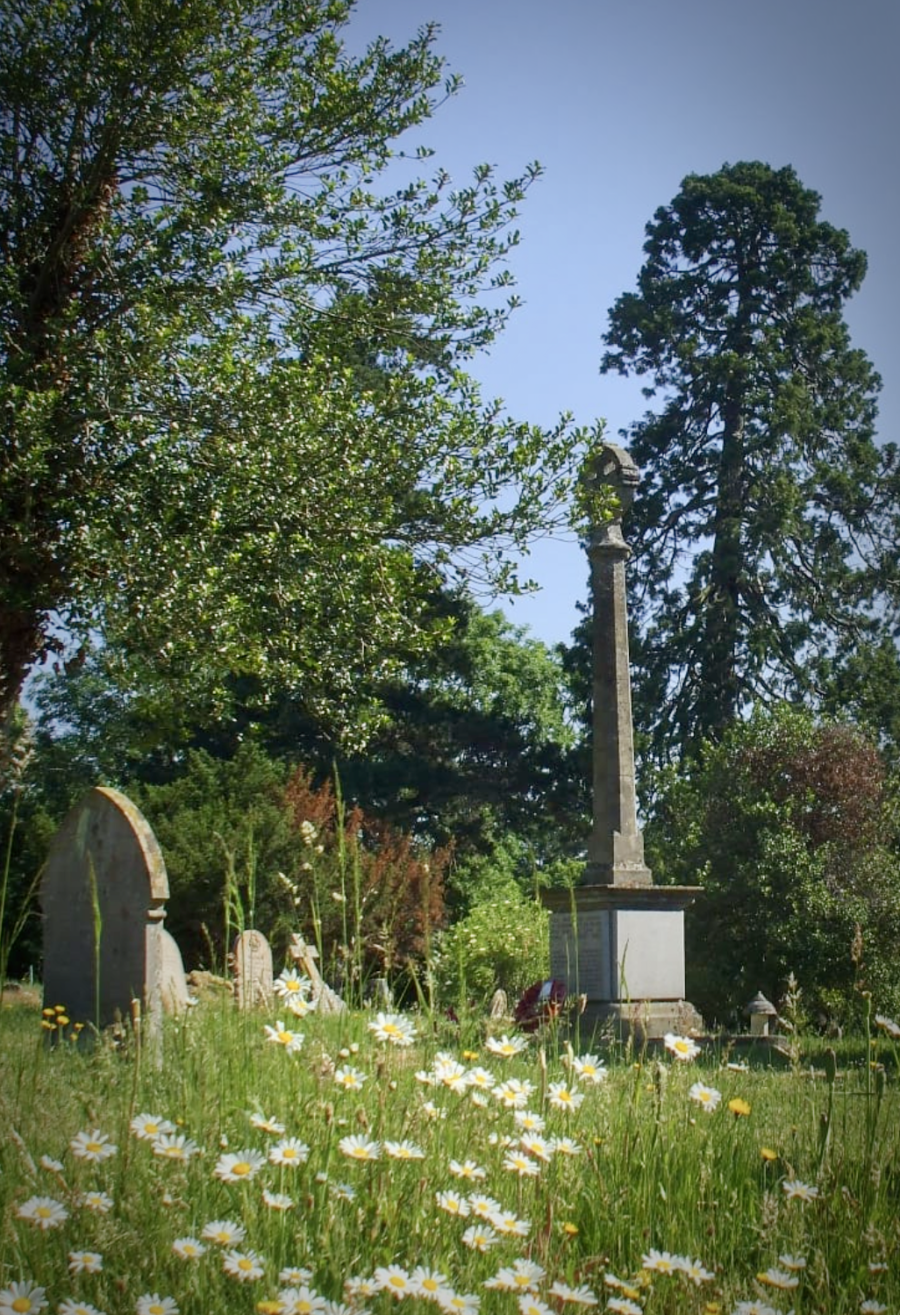 The Akeley War Memorial was commissioned in 1920. It was unveiled by Captain R K Price and dedicated by the First Bishop Suffragan of Buckingham the Right Reverend Edward Shaw in January 1921. 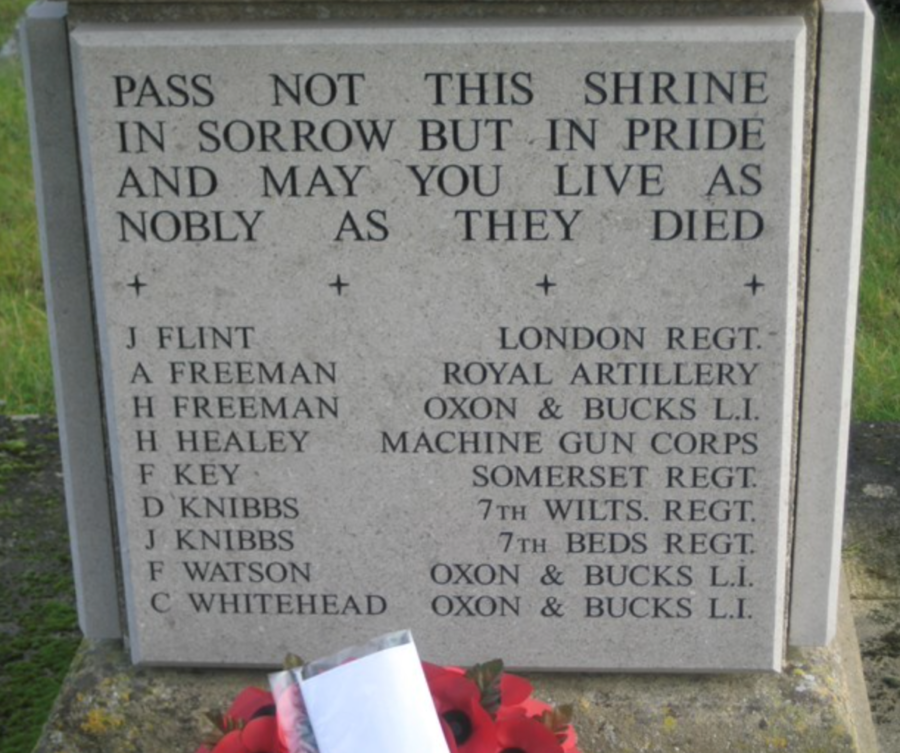 It has subsequently been confirmed that two other men from the Village lost their lives but were not listed. They were;
Sergeant Ellis DUNKLEY
Private Percy JUDD
The stories of these men and their family backgrounds are told in a book entitled “WE SHALL REMEMBER THEM” a copy of which is available on loan from the Parish Council.